http://www.alaskanbookcafe.com/2011/10/review-death-is-relative-thing-by-holly.html
Check out this review from Cristina at the Alaskan Book Cafe!  Yeah-  I love it   Thanks so much!
Posted by Web Diva at 5:21 PM No comments:

One year ago today, my friend, Penny Lindenberg died.  She had leukemia. She left a husband and two young daughters. 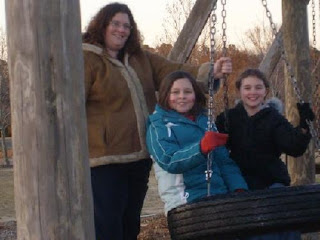 A few potential bone marrow donors were found, but for reasons we don't know, they backed out.  She didn't get what she needed in time to give her a chance.

Please talk to people from DKMS about how to become a dedicated marrow donor.  FAQ's are here- http://www.dkmsamericas.org/faq.  The process of being a donor, if you are ever called, is not as difficult as movies make it out to be, or as scary. 70-80 percent of the time, donors are NOT asked to have any surgery- the transplant team uses a blood transfer system that is a lot like donating platelets.    DKMS will ship you a test kit- it is a simple cheek swab.

Bone marrow donors are not like blood donors- there has to be almost an exact match on many levels for bone marrow- therefore ancestry and ethnicity matter.  YOU could be someone's only chance for a chance.

Thank you- Holly
Posted by Web Diva at 7:42 PM No comments:

Hello all!
Today is a banner day!  Long Island based author Robert Banfelder agreed to a contribute a piece he had written to post on my blog.  If you don’t know Mr. Banfelder, he is a man of considerable knowledge and writing skill.  He’s an avid fisherman and outdoorsman as well as a businessman.  A renowned author who has written innumerable articles on fishing and boating, he’s also created writing courses and has penned novels. You can find out more about him at his website http://www.robertbanfelder.com/
KNOTS
His latest full length book was published in September 2011 and is his first e-book edition.  It’s called  KNOTS and it’s the third novel in the award-winning Justin Barnes series. http://amzn.to/qZbF9Q is the link to the book on Amazons site.
Enjoy!
A Toxic Plume & A Serial Killer Thriller
Written by Robert Banfelder
Back in 1991, I was very fortunate to find a slice of heaven.  I purchased a home situated on the Peconic River in Riverhead, Long Island.  A recent article titled Toxic Plume Threatens Peconic River, published in our local newspaper, The News~Review, caught my eye.  I live on and fish the Peconic River and the bays beyond, so this story certainly grabbed my attention.  It is quite evident that the defunct Grumman airfield in Calverton, where aircraft for the United States Navy were built, commencing in April of 1954, has significantly contributed to polluting the upper reaches of the Peconic River.  The culprits were chemicals used to clean the airplanes.  I’ve been addressing this matter for years.  Senator Charles Schumer has called for the Navy to commence a clean-up operation of the site to prevent further damage to the waterways. 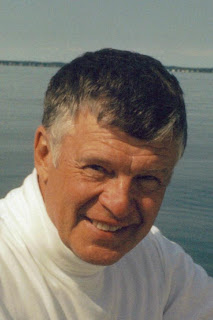 As all my novels focus on serial killers, I research and delve into the slick, sick mind of the serial murderer.  In order to build verisimilitude into my works, I attend trials; for example, the Robert Shulman serial killer proceedings.  I have lectured at Kirby Forensic Psychiatric Center on Ward’s Island, New York, regarding that trial.  I had made it my business to interview heads of law enforcement such as Detective Lieutenant John Gierasch, head of Suffolk County Homicide (now retired).  Too, I sought out many peripheral players.  You may be asking yourself, “But what does a toxic plume have to do with serial killers?”  My two-volume thriller titled The Author explores an apparent psychopath who is ostensibly obsessed with the pollution of our environment and brutally murders the loved ones of those he deems guilty, while those responsible suffer interminably.  Initially, the police believe they have an eco-terrorist on their hands, but authorities, along with my protagonist Justin Barnes—a covert operative for Suffolk County homicide—soon discover that they are dealing with a prolific serial killer.
The Peconic River has been in the news many times concerning heavy metals that are harbored in its depths.  That is what motivated me to write The Author.  Malcolm Columba (my antagonist), is the author and architect of an operation that surreptitiously and safely places federal agents within the ranks of extremist groups around the globe.  But is a faction within the Bureau looking the other way?  I write to entertain, but I also write to educate the reader.
Suffolk County, Long Island is a magnet for cancer.  That is a fact.  I delve into the issue with devastating documentation.  The Author is an award winner.  Too many losers to this dreaded disease made The Author possible.  The United States Navy, in its naiveté and neglect, deserves, to a large degree, blatant blame and the shame in polluting the upper reaches of the Peconic River.  This is but a facet of cause and effect concerning the culminating point.
Posted by Web Diva at 1:15 PM No comments:

Just a quickie here - check out this app- it's online and free and you can have a blast with it. http://www.photofacefun.com/   Look at what I did- 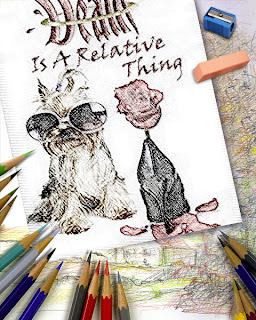 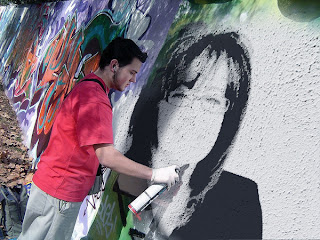 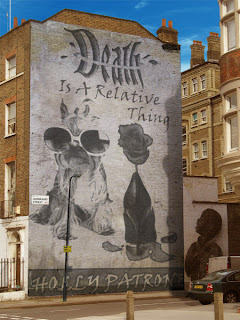 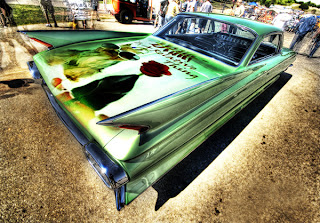 Really easy and a lot of fun!  Have a great day
Posted by Web Diva at 11:43 AM No comments: